History
A fertile province in the middle of western Iran, Hamadan is cold from September to May, with a lot of snow in the higher regions. Hamadan province is multicultural, populated with more Kurds, Lors and Turks than Persians. According to one legend, Hamadan was founded by the mythical King Jamshid. The High Lights: 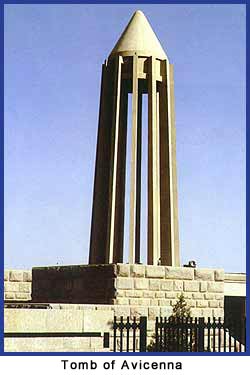 Ancient city of Hekmataneh
city has been inhabited since at least the 2nd millennium BC. Under Cyrus the Great, it became the Median capital in the 6th century BC, when the city was known as Ecbatana or Hegmatane ('meeting place'). When it reached the height of its glory as the summer capital of the Aebtiemenian empire (559-330 BC), Hamadan-was described as one of the most opulent cities, with splendid palaces, building: plated with precious metals and seven layers of town walls, the inner two of which were coated in gold and silver.

These glorious riches naturally attracted hordes of invading armies. Hamadan faded in importance after the Arab Conquest in the mid-7th century but became the regional capital under the Seljuqs for some 60 years in the late 12th century he city was devastated by the Mongols in 1220 and again by Teimur in 1386 but soon returned to relative prosperity and remained so until the 18th century. Hamadan then fell into a serious decline and suffered from an invasion by the Turks, from which the city did not recover until the mid 19th century.

Bu Ali Sina (Avicenna)
The great Bu Ali Sina was born in the village of Khormassin in 980,and revered during his lifetime as a philosopher and physician. He is more commonly known in the west as Avicenna, the name under which his widely respected medical encyclopedia was published in Europe. He died in Hamadan in 1037.

Ester's Tomb
The most important Jewish pilgrimage site in Iran, this is believed to contain the bodies of Esther, the Jewish wife of Xerxes I, who is credited with organizing the first Jewish emigration to Persist in the 5th century, and her uncle Mordecai.

Alavian Dome
This well-preserved 12th century mausoleum of the Alavi family - the pre-eminent family in the town during most of the Seljuq period (1051-1220)-is probably the most noteworthy monument in Hamadan it is interesting for the outstanding quality or its stucco ornamentation, with whirling floral motifs on the exterior- walls and intricate geometric designs on its Mehrab, the tombs are in the crypt, reached by a spiral staircase. 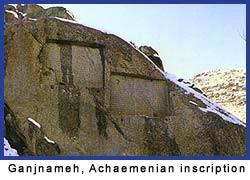 Lion Stone
This famous l4th century stone lion in the square of he same name in south-east Hamadan, is the only distinct, visible monument of the ancient city, Ecbatana. It originally guarded a city gate and may have been carved at the behest of Alexander the Great. Avicent a Memorial Obviously modeled on the magnificent Gonbad-e Kavus tower near Gorgltn, this dominating structure was built as recently as 1954, in memory of Bu Ali Sina.

Hekmatane Hill
Some ruins of the ancient city can be seen around this extensive plot of land. Some small items found here, and elsewhere in Hamadan, have been put on display in the museum in the centre of the site, but most are in the National Museum of Iran in Tehran. Currently undergoing extensive excavations and renovations, the complex is Alisadr Caves.

Alisadr Caves
Caves, discovered only 40 years ago by a local shepherd looking for a lost goat, are up to 40m high, and contain several huge lakes with clear water up to 8m deep. Nothing lives in the water - surprisingly bats don't even find it worth hanging around here and there are no signs of any inhabitants from past centuries. These caves are the longest watery caves of the world.